The Arrival of Spring Heralds in Plum Blossoms

In past years I have been somewhat reluctant venturing into areas invested with sugi (a Japanese conifer) at this time of year with a predisposition towards lengthy sneezing bouts. But decided to risk my health anyway to take in the some of the 10,000 plum trees in the Baigo area of Mt. Takao coming into bloom. The crimson and white plum trees are scattered along a 5 km section of the old Koshu Kaido and while the flowers pay witness to a considerable crowd of day trippers it never feels overly congested. Along the river I ran into some local naturalists photographing the tiny perennial flower hana neko-no-me Chrysosplenium with it’s apparent resemblence to cats eyes. Several food stalls grace the promenade allowing the weary to partake in a quiet ale while listening to the soothing tones of the Japanese koto. The 90 minute walking course commences from the north exit of Takao Station meandering along the Kobotoke River past the Takaotenmangu and finishing at the Kobotoke Bairin bus stop. 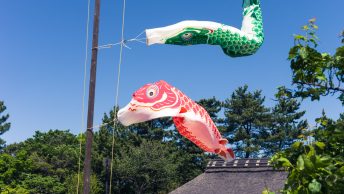