Tracking the Headwaters of the Shinano River The Source of Japan’s Longest River

All great rivers need to start from somewhere and Japan’s longest – the 367 km (228 mi) long Shinano River is no exception. The difficulty arises however when trying to pinpoint the actual source of a river system – rarely a straightforward undertaking. It was only in 2014 that a study found the Amazon headwaters were in a different tributary, while some sources of the Nile River are still unknown.

It was therefore a moment of serendipity when I noticed a small footnote on my topographic map indicating the headwaters of the Chikuma River – as the river is known in Nagano Prefecture – during preparations for a recent hike. With my curiosity piqued, I was keen to track down the starting point of a river accorded in the annals of history with Takeda Shingen’s battles at Kawanakajima (the confluence of the Chikuma and the Sai) and its important role in draining some of the best rice producing districts in Japan. 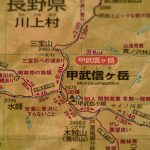 Map showing the headwaters of the Chikuma River.

The first conundrum was how to actually access the site. The headwaters are located under Mount Kobushi which is a remote peak in the Chichibu Tama-Kai National Park west of Tokyo. The easiest means I decided was via Kawakami, a pretty village famed for its well-to-do lettuce farmers who yield the highest median incomes in rural Japan. After a lengthy journey necessitating several train transfers and a bus connection where I was the only passenger – evidently the affluent locals prefer their own wheels – I was still some distance from the trail proper.

After pounding the roadside to the outmost extremity of the agricultural plain, I finally reached the picturesque Moukiba Parking Area where most day trippers had astutely driven. Checking the map confirmed that getting to headwaters of the Chikuma River was going to take the better part of the afternoon. The trail tracked a gentle gradient and for the most part and followed the natural twists and bends of the river. It wasn’t too long before passing the half way point at the tranquil Nametaki Falls with the autumn colours proffering a striking backdrop. 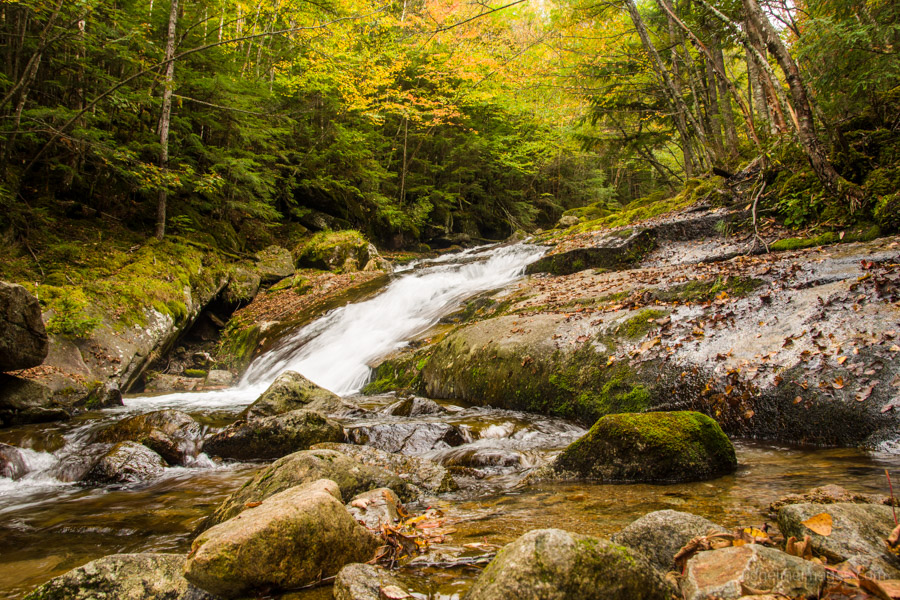 Returning in the opposite direction were several troops of senior hikers looking decidedly spent after their punishing 8-hour trek to Mount Kobushi. From the waterfall it took a further 90 minutes to reach the lopsided wooden marker that pays homage to the roots of this mighty river. Scampering down the embankment found a blue cup, tethered by plastic chain around a fallen log, in some way intimating that a hike would be only half-done without a drink from such exalted waters. Small concealed spring at the headwaters.

Wading in a little further brought the day’s objective within reach. A small concealed spring emanating from under a rather precariously positioned tree trunk. It is here the river seemingly flows into existence. Wasting little time, I headed back up to my backpack, grabbed my near on empty water bottles and filled them to the brim. Holding the bottles up to the fading light showed the water was both brilliantly clear and refreshingly crisp to taste.

Incredibly from these subtle beginnings, the Chikuma River builds up momentum and volume as it flows northwest to merge with the Sai River originating from Mount Yarigatake at Nagano City. After 214 kilometres the Chikuma becomes the Shinano River after entering Niigata Prefecture and meanders northeast across the rice growing Echigo Plain before emptying into the Sea of Japan.