Hiking in Japan: Sourcing Water from the Trail Would you Drink the Water from this Lake?

I did and suffered no ill effects. Anyway, before we get into that let’s rewind a little. Recently, I received an email from someone asking whether it’s safe to drink water from the mountains around Tokyo. This is an excellent question with vexed opinions in the hiking community. On the one hand you have the authors of Lonely Planet’s – Hiking in Japan guide who contend that, “water sourced from the trail should always be boiled or purified.” Others feel that you should be safe collecting flowing water in mountain areas with little human traffic. I fall someone in the middle and maintain that water originating from high mountains streams is generally safe to drink subject to a few caveats. 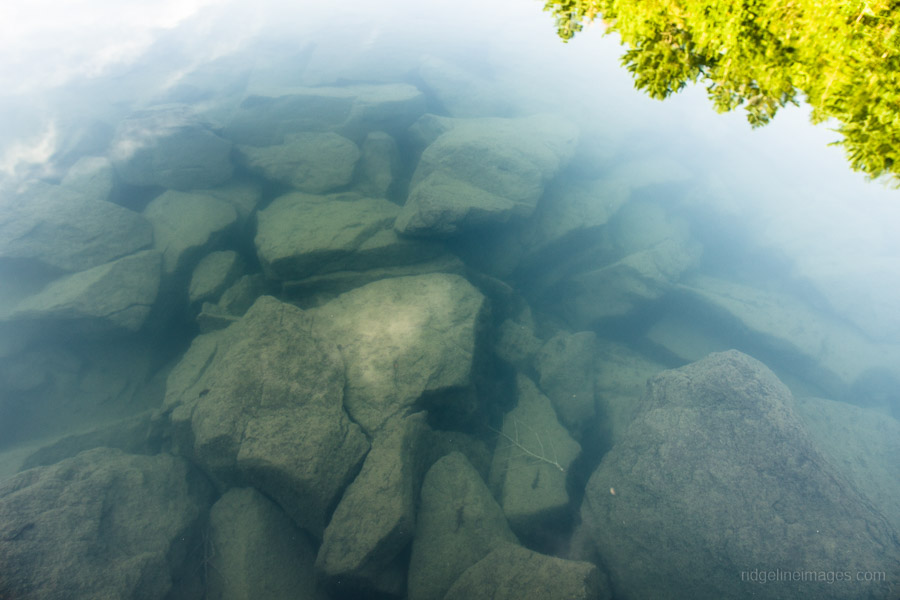 Rocks visible at the bottom of lake.

I agree that boiling or purifying water would go along way to safeguarding your health but unfortunately it ignores a number of practical realities. For starters, many mountain huts in Japan have waterholes where untreated water is piped directly from local springs and rivers. At these campsites, I have yet to see anyone boil or purify the water unless there was a sign explicitly asking you to do so. Also waterholes marked on the popular Shobunsha Yama-to-Kogen map series, excluding those tagged at mountain huts, more often than not; originate from natural springs, denote rivers close to their source, include waterways with no known sources of upstream contamination or are naturally filtered through layers of rock or vegetation.

As rule of thumb, I would argue that fast running plus isolated plus high elevation equals low risk. I would hesitate however from considering any flowing river safe even if looked pretty high up in the mountains. In some rare instances it may run through agricultural areas where fertilisers or herbicides could have been used; think mikan (tangerine) orchards which are sometimes found deep in the mountains or where mining activity may have taken place. Other points to take into consideration are dead animals snagged upstream as well as animal and human faeces. It is also worth mentioning that while fast moving water has less opportunity to acquire parasites such as Giardia, it doesn’t eliminate the risk entirely.

For day hikes, I would always recommend carrying enough water to see you through the day and only top up on the trail if absolutely necessary. There will always be some risk and ultimately it will be up to you to decide what is an acceptable risk level. Unfortunatey poor decision making or sometimes just plain bad luck can lead to serious intestinal tract distress from waterborne pathogens. In cases where you are unsure of the water’s provenance, there are some preventative measures you can take before taking a gulp from your water canister:

Boiling suspect water for up to one minute is the surest method to make water safe to drink. It is a myth that you need boil for longer, in fact by 85°C (185°F) most disease causing microbes will have been killed.

There is a plethora of water treatment methods on the market not limited to; gravity water filters, Ultraviolet light pen purifiers, chemical tablets such as Taharmayim water purification tablets and Iodine. Each has their own strengths and weaknesses when speed, weight / size considerations, ease of use and taste are taken into consideration. Note that Iodine is ineffective against Cryptosporidium and filters usually don’t eliminate viruses. Getting back to the original question about posed about drinking lake water. When I arrived at the campsite in question which happened to sit beside two inordinately beautiful lakes I did what I usually do after laying down my pack – pay the camp fee and ask for the whereabouts of the waterhole. After a brief miscommunication with elderly campsite manager, I cottoned on that the waterhole was in fact one of the greenish looking lakes. “Just fill up your water bottles to the right of the sign would be best”, he motioned. After rock hopping out as far as I could venture, I reached down and filled up my bottles. Whilst the water didn’t appear crystal clear it had passed the sniff test and actually tasted rather good. The point of this anecdote is that speaking with those in the know and reading up on trip reports is often the best way of pin pointing reliable water sources.