An Encounter with Charles Jenkins

For most people Sadogashima 佐渡ヶ島 or Sado Island conjures up an image of gold mines and a rugged coastline. For me however the first thing that comes to mind is ‘Jenkins’ as in Charles Robert Jenkins the one time U.S. army sergeant who inexplicably deserted to North Korea while on night patrol in January 1964. Apparently he fretted about being transferred to front line duties in Vietnam so after purportedly necking ten beers he stumbled across the Korean Demilitarized Zone (DMZ). Needless to say the former would have conceivably been a better outcome as he would remain under house arrest in the communist regime for the better part of 40 years. In contrast the North Korean’s couldn’t have been happier with their new star recruit especially coming from their number one adversary no less. Upon arrival he was astonished to find three other U.S. soldiers had pulled the same stunt and together they shared small house until 1972, after which he was eventually moved to more comfortable lodgings. Noteworthy was fellow compatriot Joe Dresnok who unlike Jenkins was adamant to remain in the DPRK and intends to see out his days there.

It is here the Sado Island connection was forged with Jenkins being introduced and later marrying Japanese nursing student Hitomi Soga who had been abducted by North Korean agents on the island. After returning to Japan he now lives and works in Soga’s hometown of Sado. I decided to pay him a visit at Sado Rekishi-Densetsukan 佐渡歴史伝説館 where he is dually employed as a tourist magnet in the souvenir shop. On the day we visited thankfully the inclement weather had frightened off most sightseers so after passing through the throng of robotic dioramas enlightening Sado’s history we found our man. At first I felt a little hesitant about approaching him for a photo but pleased I did as he presents with disarming manner and was happy to converse in his still heavy North Carolina accent. He alluded to his infamy and mentioned the never ending photo requests and invitations to speak at public gatherings. During the peak tourist season he works six days a week at the museum and apparently never tires of holding up a requisite box of rice crackers in his photos. Meeting Jenkins was definitely a highlight of our trip to Sado Island and equally I was pleased to see at least some normality in his life had finally returned. 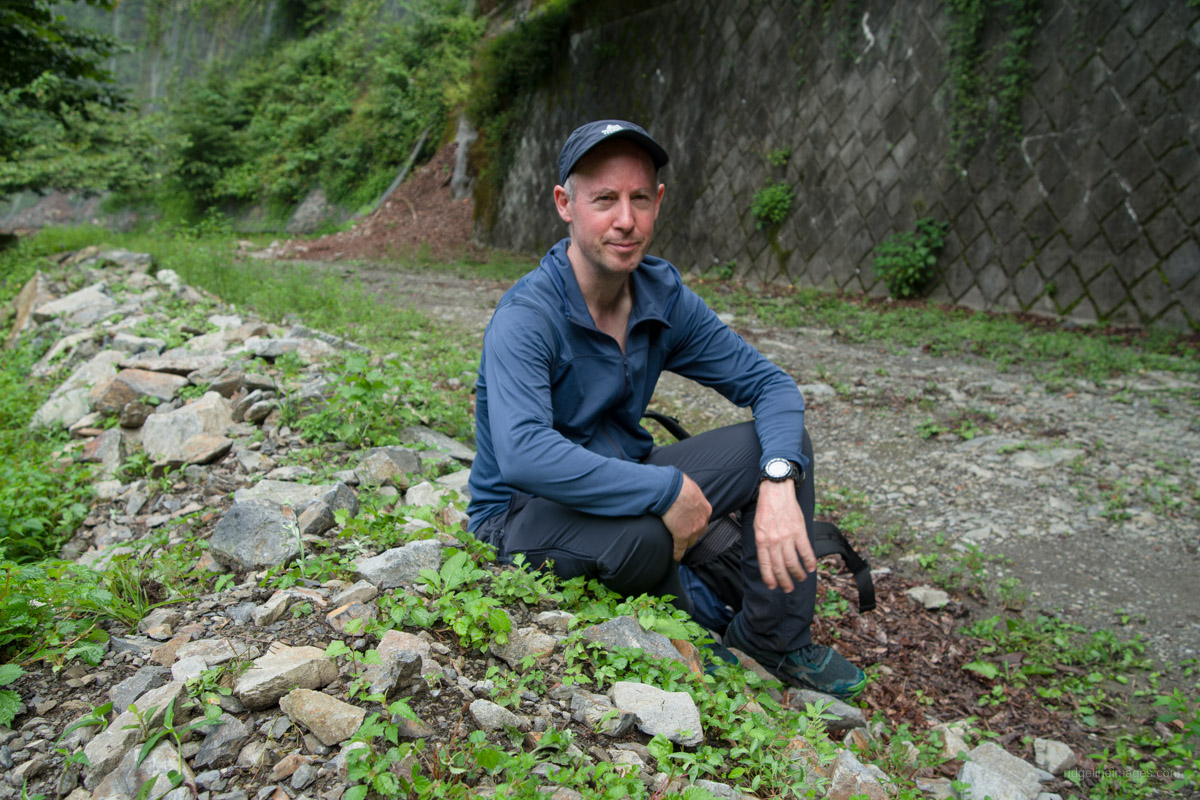